Create an Account - Increase your productivity, customize your experience, and engage in information you care about.

Sidney is located near the front range along I-80 and U.S. 385 with four major highways and three railroads, nine miles from the Colorado border and 59 miles from the Wyoming border. A short line railroad allows for reciprocal switching between the two rails. It is the county seat and the oldest western Nebraska community, considered the territorial capitol of the Panhandle since 1867.

Sidney has definitely seen the positive effects of the growth of the Colorado front range, yet keeps its grassroots. The community slogan of "Small-Town Values, Big- Time Opportunities" captures the unique atmosphere of several industries and commercial operations.

In just two day's drive, companies can reach a majority of the U.S. population, coast-to-coast!
With access to three rail lines and its location on the intersection between U.S. Highway 385 and east-west I-80 interchange, Sidney has become one of the premier transportation service areas in the central United States.

Companies located in Sidney can reach more than 22 million people within a day's drive, including access to large markets such as: 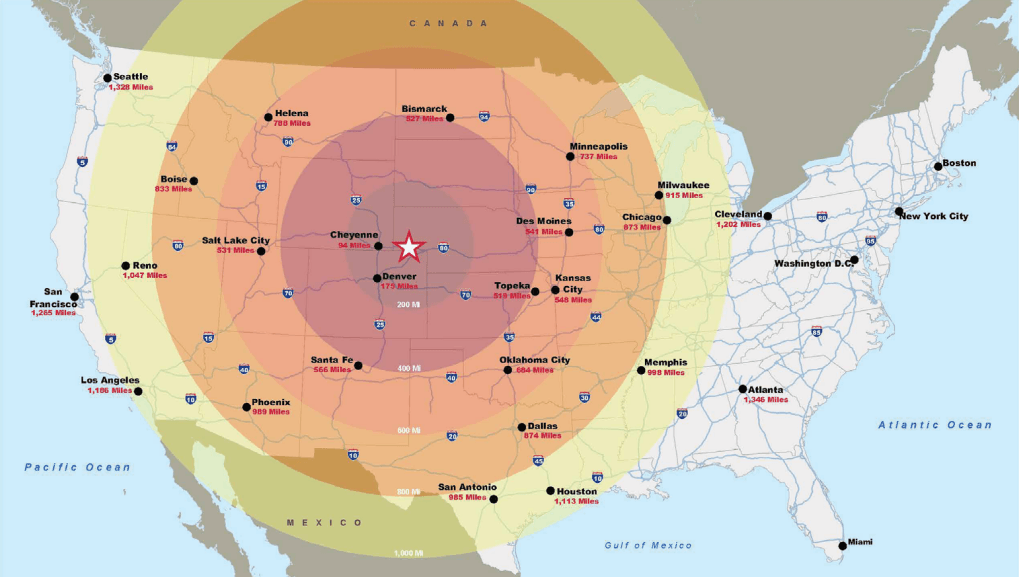 The City of Sidney offers access to three rail lines:

Sidney sits on the main lines of both the UPRR and BNSF railroads.

The Short-line Sidney Lowe Railroad, located 10 miles northwest of the city near the Cabela's distribution warehouse, provides a switching line that connects the east-west UPRR with the north-south BNSF railroad.

There are several airports in the Sidney area available for use by businesses or private air-crafts.